The shores of Lake Iseo are famed both for their natural beauty and for the well-preserved old towns and villages scattered along the shoreline. The lake is surrounded by lush mountains and the whole area is growing into a popular destination for tourists, albeit much less well-known than Lombardy lakes such as Lake Como and Lake Garda.

Towns and villages dotted around the lake

In the Province of Brescia

In the Province of Bergamo

Monte Isola (also known as Montisola) is the largest island in Lake Iseo and it is home to roughly 1,800 people. With a total area of 12.8 square kilometres Monte Isola is the largest lake island in southern Europe. This is also one of the highest lake islands in Europe. The peak of the island is located 600 metres above sea level and 419 metres above the lake’s average surface level. 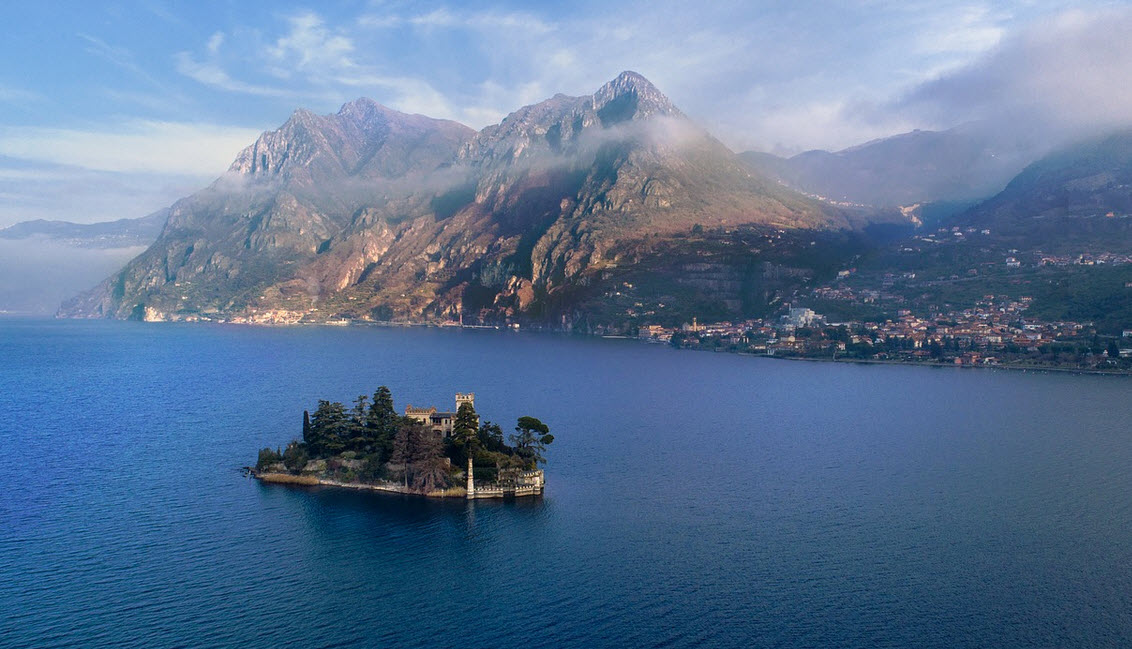 There are two main ports on the island: Carzano and Peschieria. Both have ferry traffic service with the mainland.

Cars and motorbikes are not allowed on the island, but mopeds and bicycles are. The network of bike lanes and hiking trails is extensive.

History of the island

Archaeological findings indicate that there might have been one or more Roman settlements on the island.

The oldest written mentioning of the island that has survived into our time is from the year 905 AD, when the island was included in a property list for the S. Salvatore monastery in Brescia.

The Oldofredi family built fortresses on the island from the 11th century an onwards.

Documents from 1497 show how Francesco Sforza, Duke of Milan, reduce the taxes for the inhabitants of the island and give them certain fishing rights.

In the 1800s, many of the island’s residents worked with boat building or fishing net manufacturing.