Lake Garda is situated between Venice and Milan and has become a popular holiday destination for residents of both of these large cities. Lake Garda also attracts visitors from the rest of Italy as well as from other countries.

The lake is wider in the south and narrower in the north. The northern part is nestled among the Gruppo del Baldo mountains. 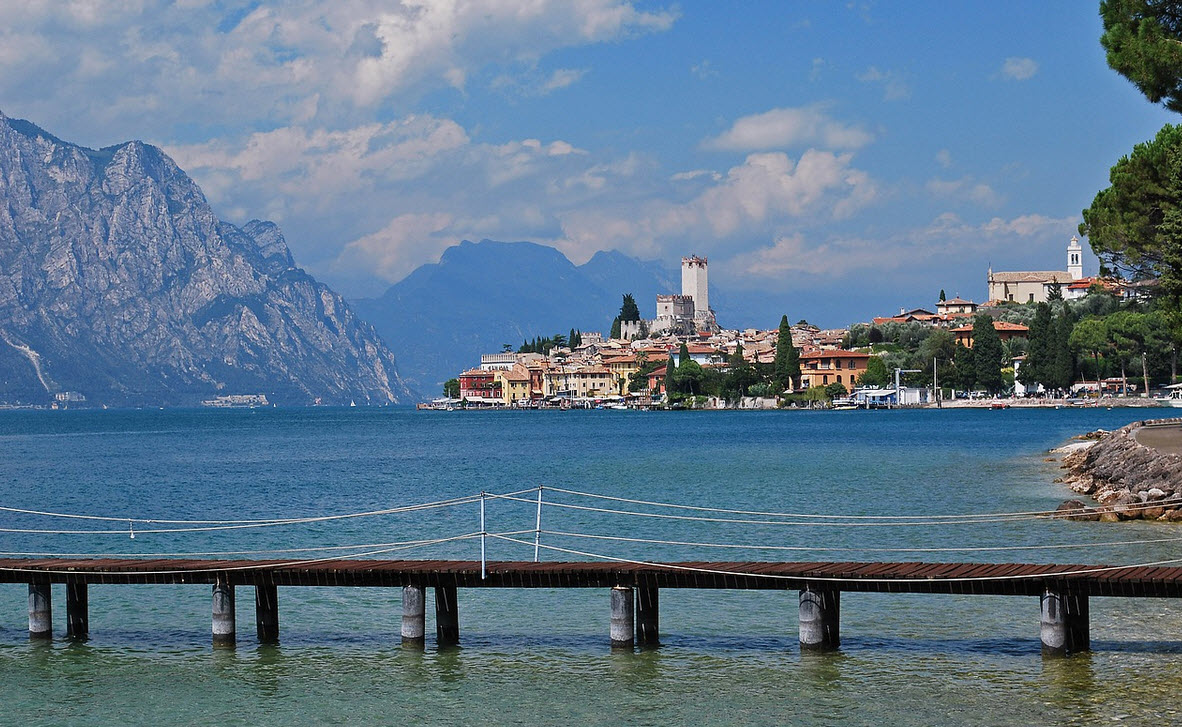 The Romans called this lake Benacus. The name Garda, and variations thereof, has been used since at least the 8th century AD, as evidenced by surviving texts from this period. It’s derived from the town Garda, which used to be a place of guard / observation.

Examples of other tributaries: The River Ponale (fed by Lago di Ledro), the River Varone/Magone (via Cascate del Varone)

The presence of this large lake makes the weather milder, and this has attracted visitors since ancient times. The Roman poet Catullus did for instance write about how Lacus Benacus had a mild climate vivified by the winds.

Citrus trees, including lemons, grow around the lake, which is very rare this far up north.

The five main islands are:

The Comunes of Lake Garda

In the Province of Brescia, Lombardy

In the Province of Verona, Veneto

In the Autonomous Province of Trento (Trentino)

Public transport on the lake

The major towns along the shores of Lake Garda are connected by a ferry service. Taking the regular ferry can be time consuming, because it runs in a zig-zag pattern. There is also an express ferry that will take you from Riva del Garda to Peschiera in roughly two hours.